Skip to content
You are at The Hub > Conservation Issues > Drought > July 14, 2021 Drought Declaration – Washington State Department of Ecology

By: Tom Salzer
In: Drought, Featured

A historically dry spring and summer, followed by a record-breaking heat wave, have affected water supplies across Washington, prompting the Washington Department of Ecology to issue a drought emergency for most of the state. The only areas excluded from the emergency declaration are Seattle, Tacoma, and Everett. 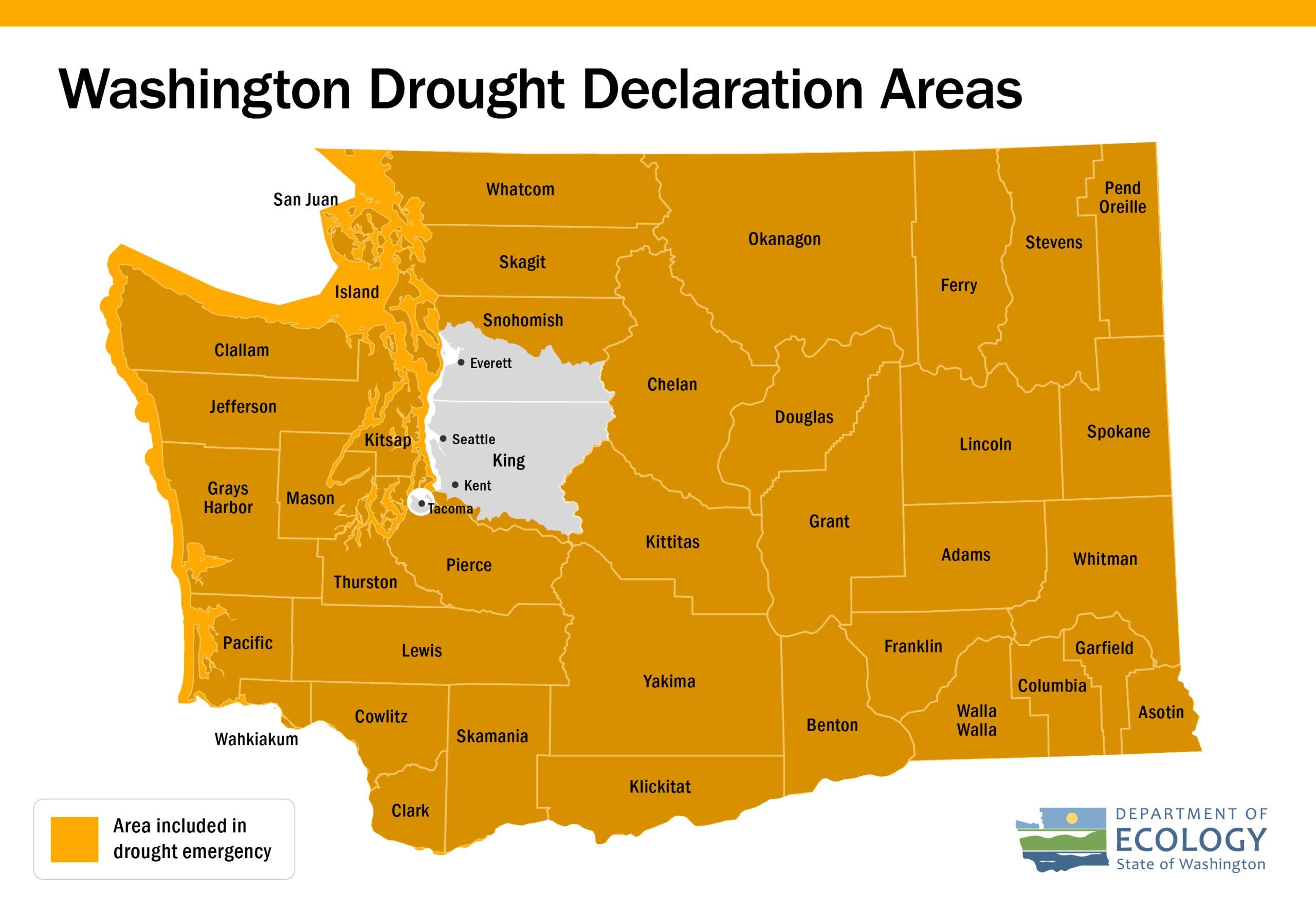 In late May, the fourth-driest March through April on record, prompted Ecology to issue a drought advisory for 29 counties. Dryness persisted through June. Averaged statewide, March through June precipitation ties 1926 as the second driest such period since 1895. A heat dome in late June brought triple-digit temperatures and smashed all-time records across the state, rapidly worsening drought conditions.

Now Ecology, along with the departments of Fish and Wildlife, Agriculture, and Natural Resources, are reporting signs of stressed fish; farmers and ranchers are being forced to cut back on irrigation; and wildfires are burning through dry vegetation.

“Farmers’ crops are failing and ranchers are losing livestock because of these dry conditions, extreme heat, and lack of water,” Governor Inslee said. “We’re experiencing more droughts in our state as the climate warms. These dry conditions, combined with scorching heat, are putting our way of life at risk. We must continue to act on climate change to protect our state.”

All original content is copyright © 2021 Washington Association of Conservation Districts. You must receive written permission to reuse any of our original works.